This Is Your Chance To End For Fiscal Year Better Than You Started With A Formula That Will Generate Much Deserved Profit!

Let Me Share Why This MasterClass Is Exceptionally Important For You And For Me!

Jared Yellin here, Founder of SYNDUIT, and I am personally pretty pumped about our next SYNDUIT MasterClass on Wednesday, August 28th at 3pm ET (12pm PT) with my good friend and mentor, Rick Sapio (please read Rick’s bio below).

I have known Rick for over a decade and have had the pleasure of benefiting from his brilliant business mind. Rick is one of two people that has taught me the absolute necessity of simplicity in business (and life).

When SYNDUIT first launched in 2011, we achieved success almost immediately for three reasons…

First - I can sell!
Second - I can write (which is what I was selling)!
Third - It was simple!

But as the company grew, I started adding people, services, and COMPLEXITY!

Yes, we grew - we actually 10xed our revenue in year 2, but something crazy happened…

WE MADE LESS MONEY!!!

How is it possible that we 10xed our company, became a major player in the marketing agency space but made less money?!!?

“Yes, you increased revenue by 10x, but you also increased your complexity by 11x which means you are now losing.”

I become fanatical about SIMPLICITY and cut anything that was clunky, confusing, or NOT PROFITABLE!

And the reason WHY this is soooooo critical for you to embrace is that the #1 challenge Changemaker Entrepreneurs face (besides for the inability to market themselves - which we SOLVE for you!) is the lack of PROFIT!

And this is the EXACT reason why I asked Rick if he would share his Profit Expansion Formula and you are on this page because he happily agreed!

Give yourself the permission to PROFIT - even if right now you have a difficult relationship with money - because your impact in this life is 100% predicated on your ability to profit, now you will learn how while decreasing complexity.

Rick is the co-founder of Business Finishing School and the creator of the term, “Catalyzing Statement.”

His life’s purpose is to inspire entrepreneurship, which led Rick to start Business Finishing School (“BFS”). Rick learned that business growth and success are accelerated when a few key principles are applied. He created these “Foundational Business Principles” that form the frame of BFS to help successful people become more grounded and focused in their business and personal lives. Rick is a life-long entrepreneur who started his first business - a bicycle repair shop - after the death of his father, when he was 13-years-old. Since then, he started 24 companies. Rick is the 7th of 10 children raised by a mother with serious, life-long mental-health issues. Rick learned early in life that it more important to focus on results, rather than the cards that one is dealt. Since 1994, he’s been the founder & CEO of a financial holding company, which has made 120 investments, both directly, and indirectly, through its various funds. He is the co-founder and six-time Chairman of the Gathering of Titans Program, an annual, CEO-only event held at MIT in Boston. He is also the co-author of the International Best-Selling book, “Who’s In Your Room: The Secret to Creating Your Best Life.” He is a graduate of Rutgers University, in New Brunswick, NJ, with a degree in engineering; and resides in Dallas with his wife and their four children. Rick embraces long-term-ism. He believes that if we approach life from a VERY long-term perspective, i.e. 100 years, it will allow us to make more straight-forward, and aligned decisions toward what is best for ourselves, the businesses that we touch, and ultimately the world. 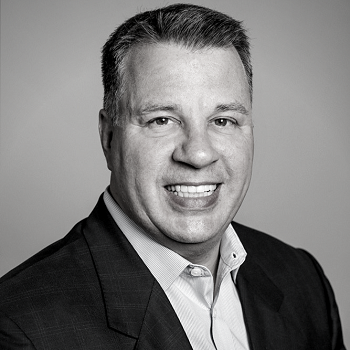 Register On This Page To Get All Of The Details For Our Next SYNDUIT MasterClass On Wednesday, August 28th at 3pm ET (12pm PT)